My husband and daughter took a couple of weeks off for hunting. After a week of “camping in the fall” and not seeing anything, they came home. They are still hoping to get some day-hunts in before the end of the season! 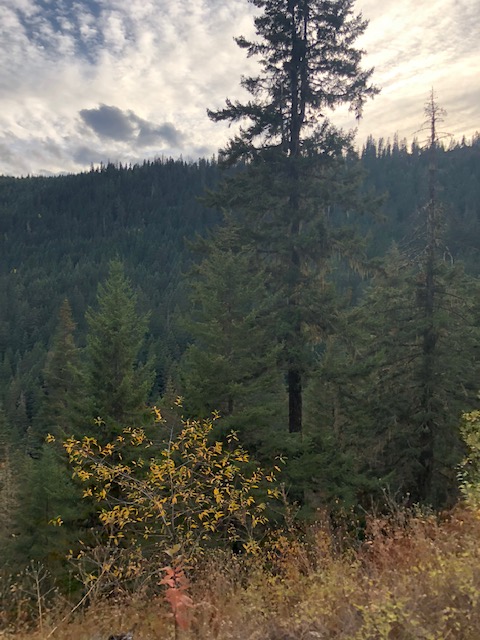 My hubby, bless his heart, decided to be productive the last week of his vacation time and clean the garage! We clean the garage really well a couple of times of year. Isn’t it crazy how fast it can get disorganized again???

This time we decided to really clean it out. Not just organize the “stuff ” but take a good hard look at what we have and decide if we really need it, if someone else could better benefit from it, is it replaceable, or is it trash?! We were brutally honest with ourselves. We made a “Trash” pile, a “Donate” pile and a very small “Sell” pile (that is a dangerous pile and you don’t want many things in that one or they will just be re-assimilated!) We also had a pile of “Things to return to others”.

We opened boxes, took things off shelves, pulled things out. We ended up with a truckload of things to go to the dump, a truckload to take to donate and a few things to sell. It felt AMAZING!!!

I honestly thought I would not come up with a lot to get rid of. I hate clutter. I don’t like a lot of “stuff”. Come to find out, I had a lot of crap I didn’t realize was crap!

Truly taking an honest look at what I had, was so freeing! I realized that a lot of things that I had been keeping, I was keeping out of fear. Fear that I would need it and not have it. Fear that if I did need it, I wouldn’t be able to afford to replace it. Fear that someone would be offended if I got rid of it. Well, kicking fear to the curb and thinking “If my house burned down, would I miss it? Would I be able to replace it? Would I buy another one? ” helped me to get rid of soooooo much!!

Getting rid of “stuff” is the only way to really have a self-cleaning house. Minimal stuff makes minimal mess.

I have started on a new “Crap crusade” in my closet and I am excited! I will keep you posted on that venture!

When you let go of stuff you unclog the positive flow and new and wonderful things can come into your life in many ways, not only just in your garage. When you hang on to too much stuff and things it clutters your mind and life, not just your home. Your life isn’t meant to be stagnant. By hanging on to old things, too many things and unnecessary things you are blocking the stream of abundance that belongs to you!

Remember when you were a kid or when you told your kids that they couldn’t have a new toy unless they got rid of one (or five!)? Yes!  Just like that!  Our life is supposed to be rewarded and blessed, but first…. you have to get rid of some stuff.

I encourage you to kick the fear, tell yourself that it’s ok to let go. Enjoy the amazing feeling of a clean uncluttered home, and the positive things that will come your way!

Go get rid of some stuff!!

“We are a participant in the Amazon Services LLC Associates Program, an affiliate advertising program designed to provide a means for us to earn fees by linking to Amazon.com and affiliated sites.”